Chuang-Tzu, Things with Wings, and the Writer’s Life

At some point between 369 BCE and 286 BCE, western philosopher Zhuangzi (Chuang-tzu) wrote what is commonly known as The Butterfly Dream Parable. Here’s an excerpt:

The butterfly parable popped into my head today as I stood at my kitchen sink, gazing out at my back yard with unseeing eyes. This morning’s writing session was a darned good one. I’d written just over 1,200 new words and wrapped up a lengthy scene in one of my two current WIPs.

For weeks, I’ve been banging my head against this particular project. The first third of the story had its own set of wings. I mean, the story just flew out of my brain. It was great. Then… it stopped being great. I hit the dreaded “middle” of the plot, and mental quicksand sucked me down. What was the point? Where was it going? Ugh.

So, for weeks I ruminated and whined and avoided trying to write anything. The one scene I did write was absolute trash. I’m convinced it won’t survive the second draft. Frustrating? Oh, you bet.

Then, someone posted something on Facebook about Mary Carroll Moor and the idea of writing “islands.” The general idea is to abandon the process of writing a story chronologically from scene to scene when you run up on writer’s block. That’s the moment, this person said, that one might benefit from writing whatever scene happens to bubble up into your mind without worrying about where it would fit into the story, or even whether it will end up being part of the finished product. It’s a form of discovery writing, I guess. Since I discovery-wrote that first smoking hot third of my WIP, I figured I’d give the island writing thing a try.

A few night’s ago, a flashbulb scene popped brightly into my brain, of my characters attempting a hairy river-crossing. The scene in my head was only a few seconds long, but it was incredibly vivid. For the past three days, I’ve been writing that scene. Today, it sprouted wings, caught an updraft, and took off.  I disappeared into that scene completely.

When I returned to myself near midday, I felt a little hazy, like I was in that half-awake-half-asleep place. Which brings me to my moment at the kitchen sink and Chuang-tzu’s butterfly parable.

As I stared out into my back yard, it occurred to me that I have spent very little time in the outside world this summer. Sure, there have been a few days when I’ve set up camp at the teakwood table in the shade of our massive maple tree. Even then, though, I was elsewhere. I was inside my writing, my other world.

It can be easy for writers to disengage from the real world, to forget about it as they immerse themselves in their self-generated fictional worlds. On the one hand, it’s a wonderful feeling when the writing comes alive so vividly that you don’t want to leave it. On the other hand, my doctor informed me at my July physical that I have a vitamin-D deficiency.

My back yard is gorgeous. We’ve had a good amount of rain this summer, so the lawn has stayed green, and all of our flowers and fruit trees are lush and vibrant… and I’ve barely noticed any of it. Maybe I should take a moment to wake from my fictional world and spend some time in my non-fictional world.

So, I spent a bit of time outside today, and I took some pictures of all the beautiful things I’ve been missing. Here they are. 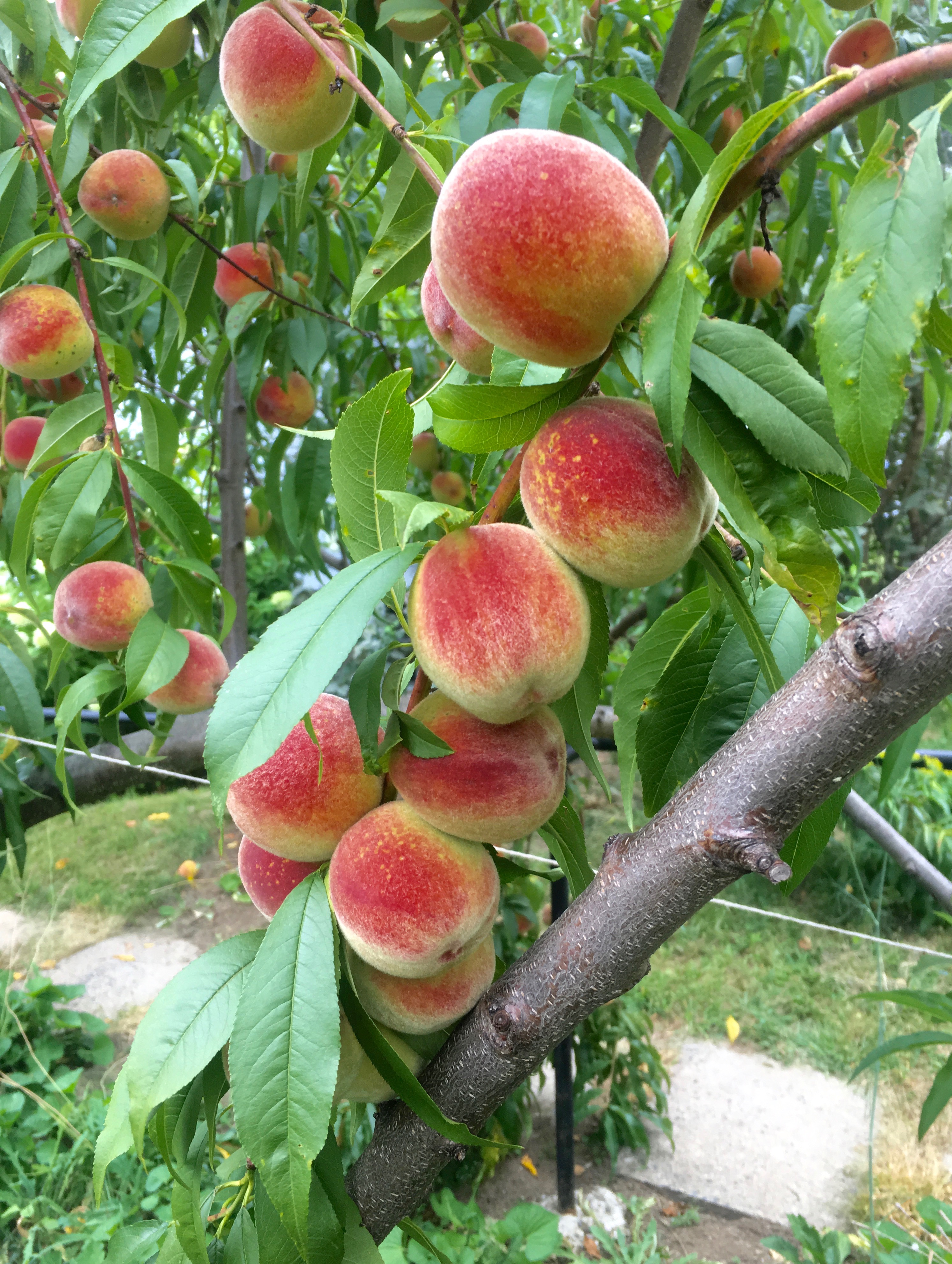 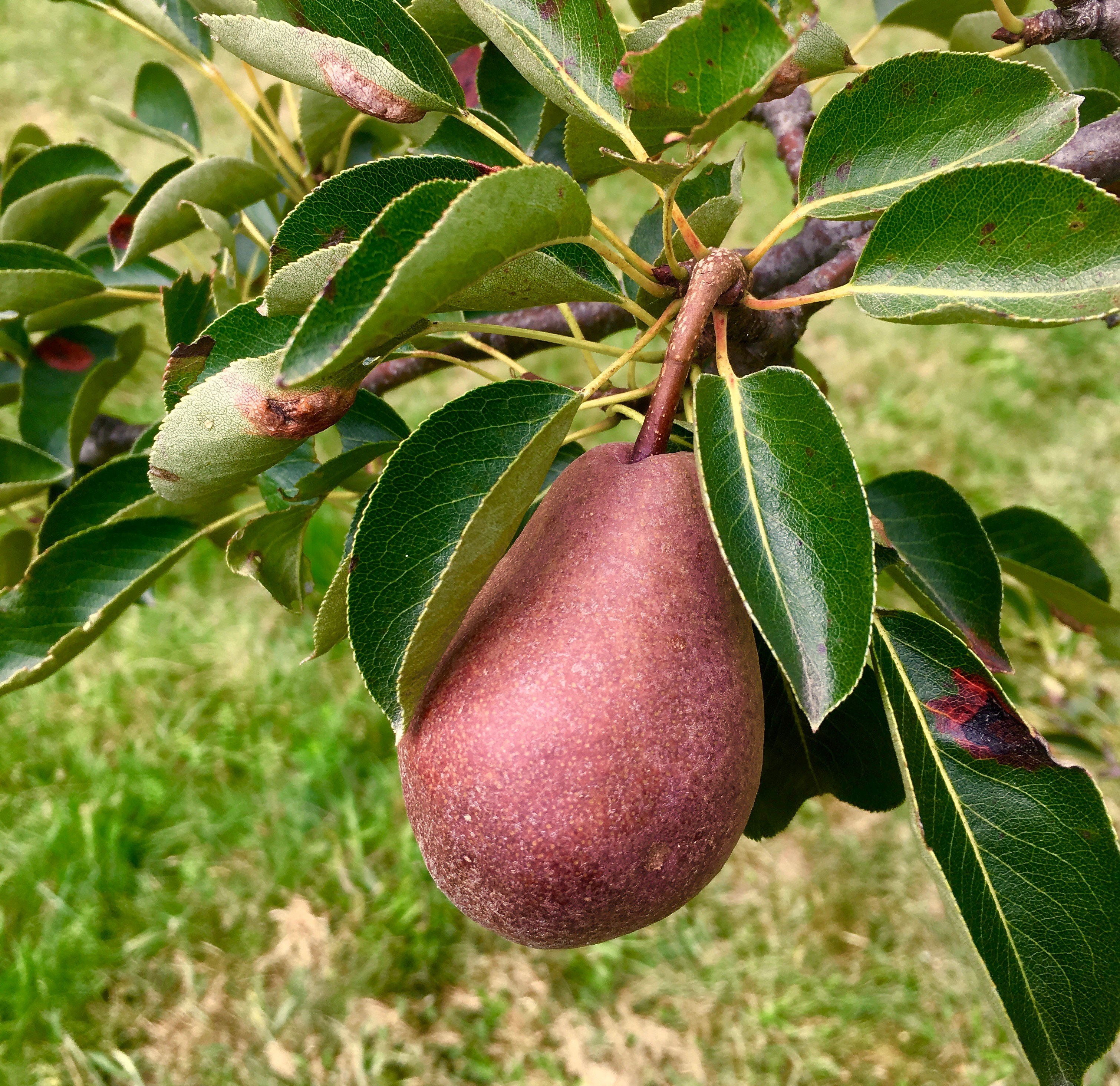 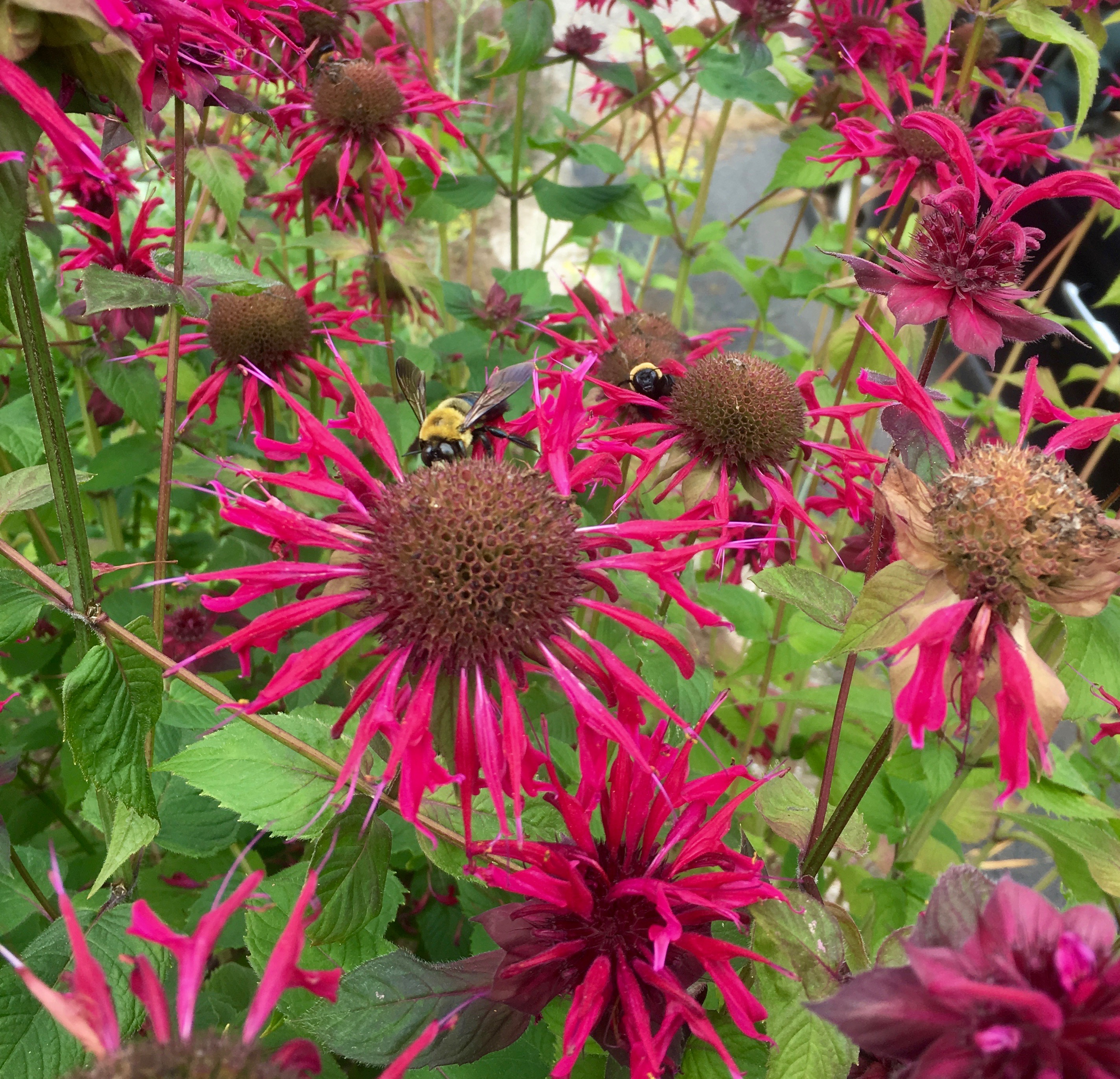 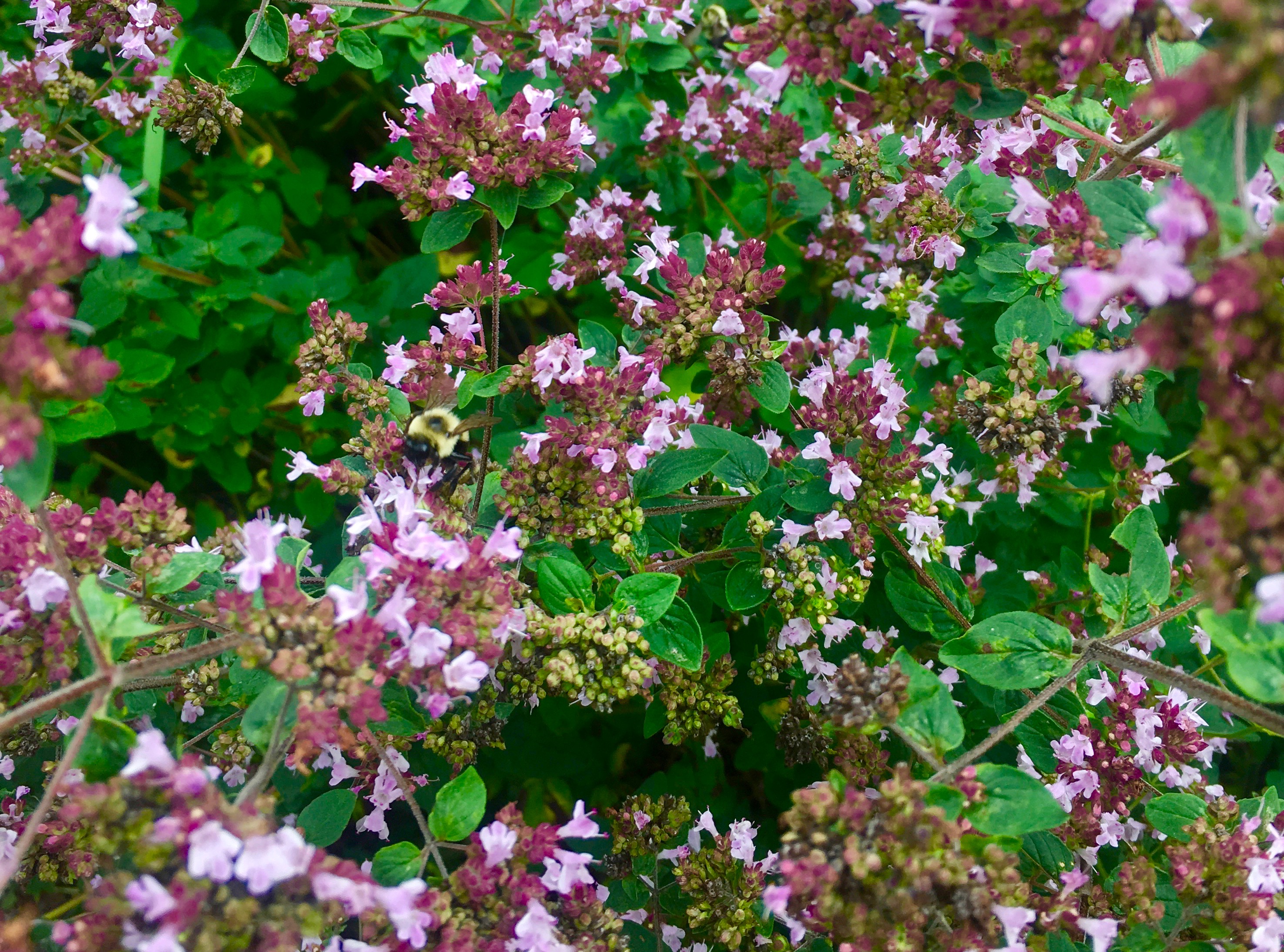 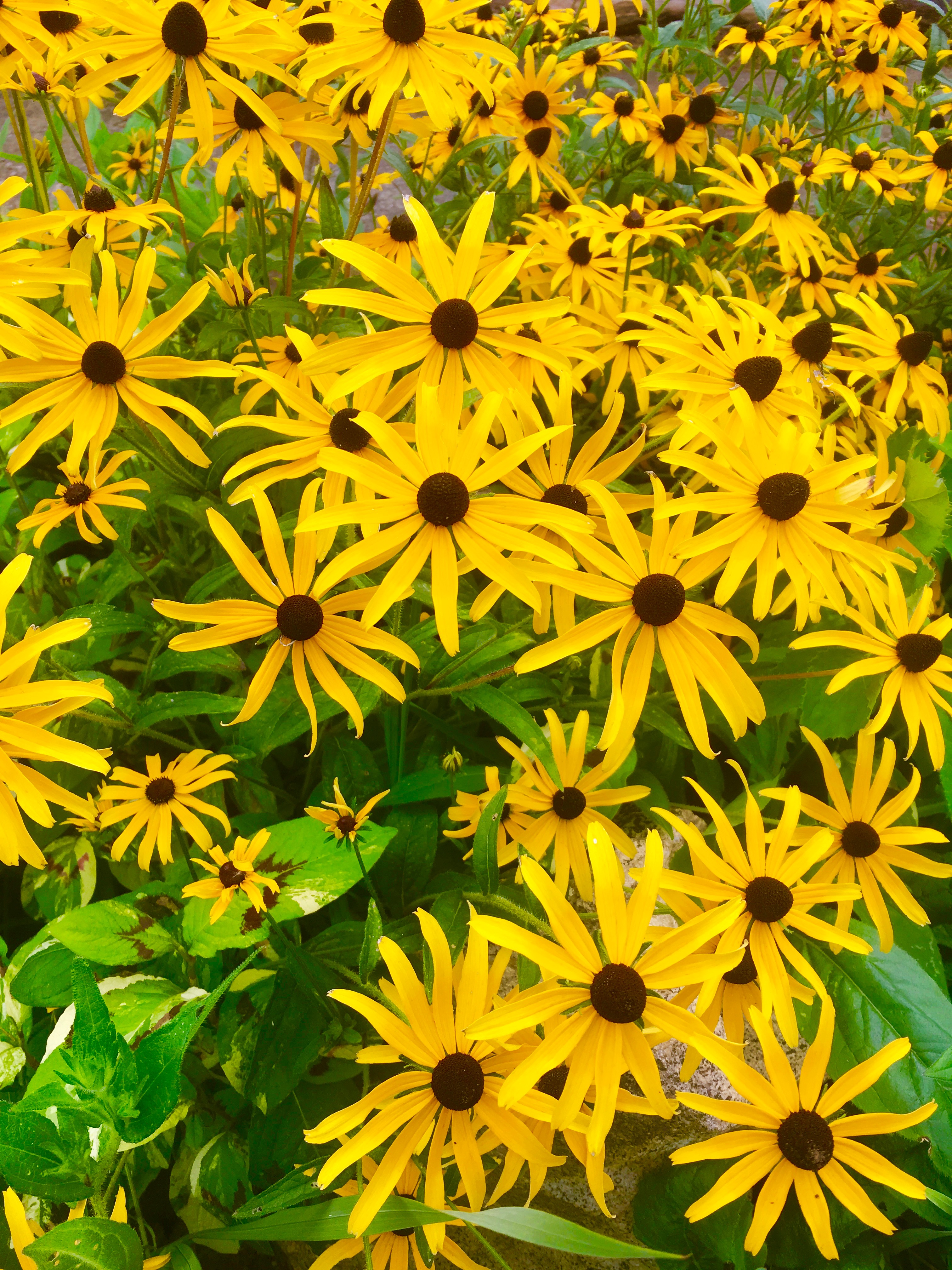 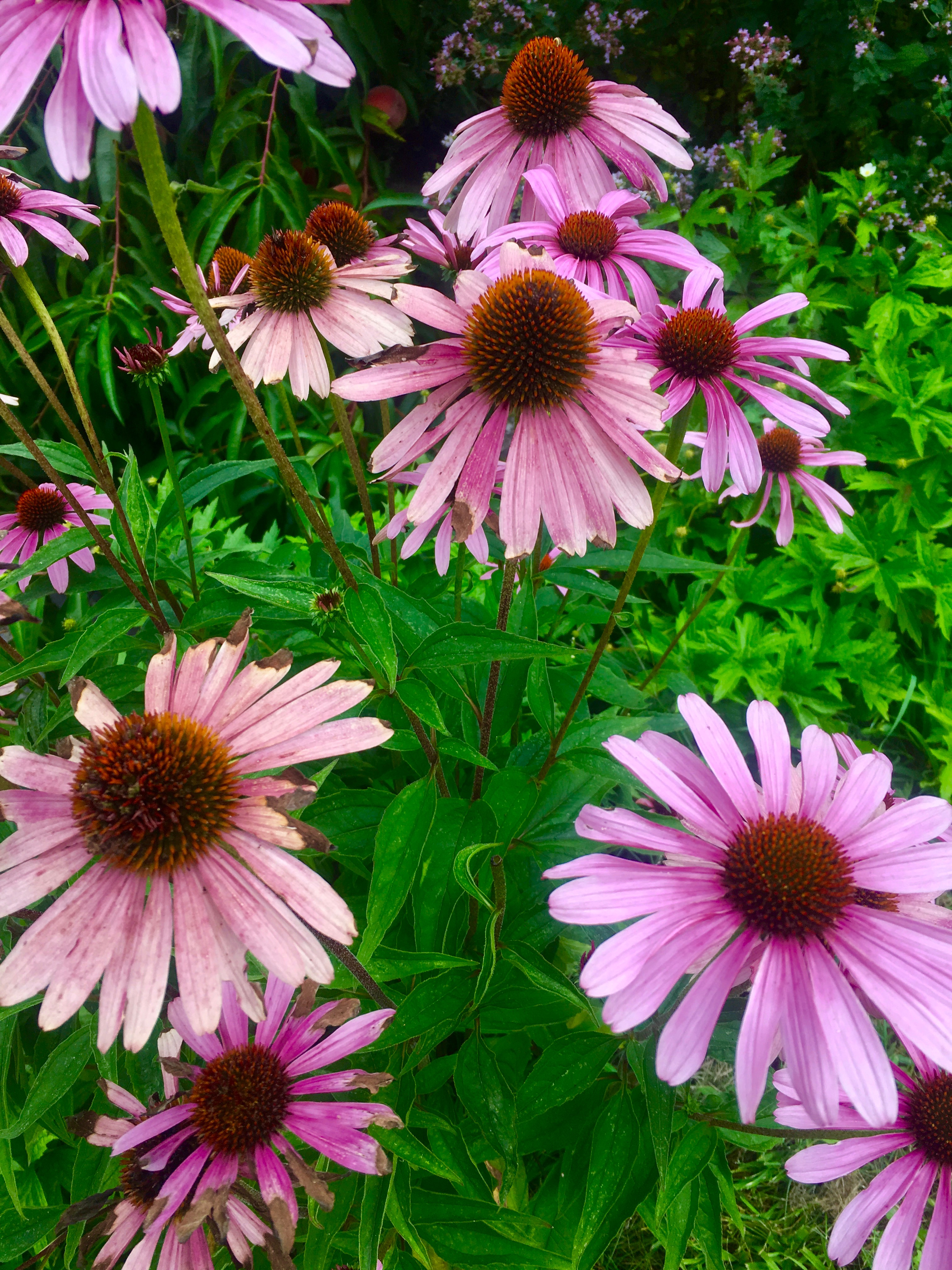 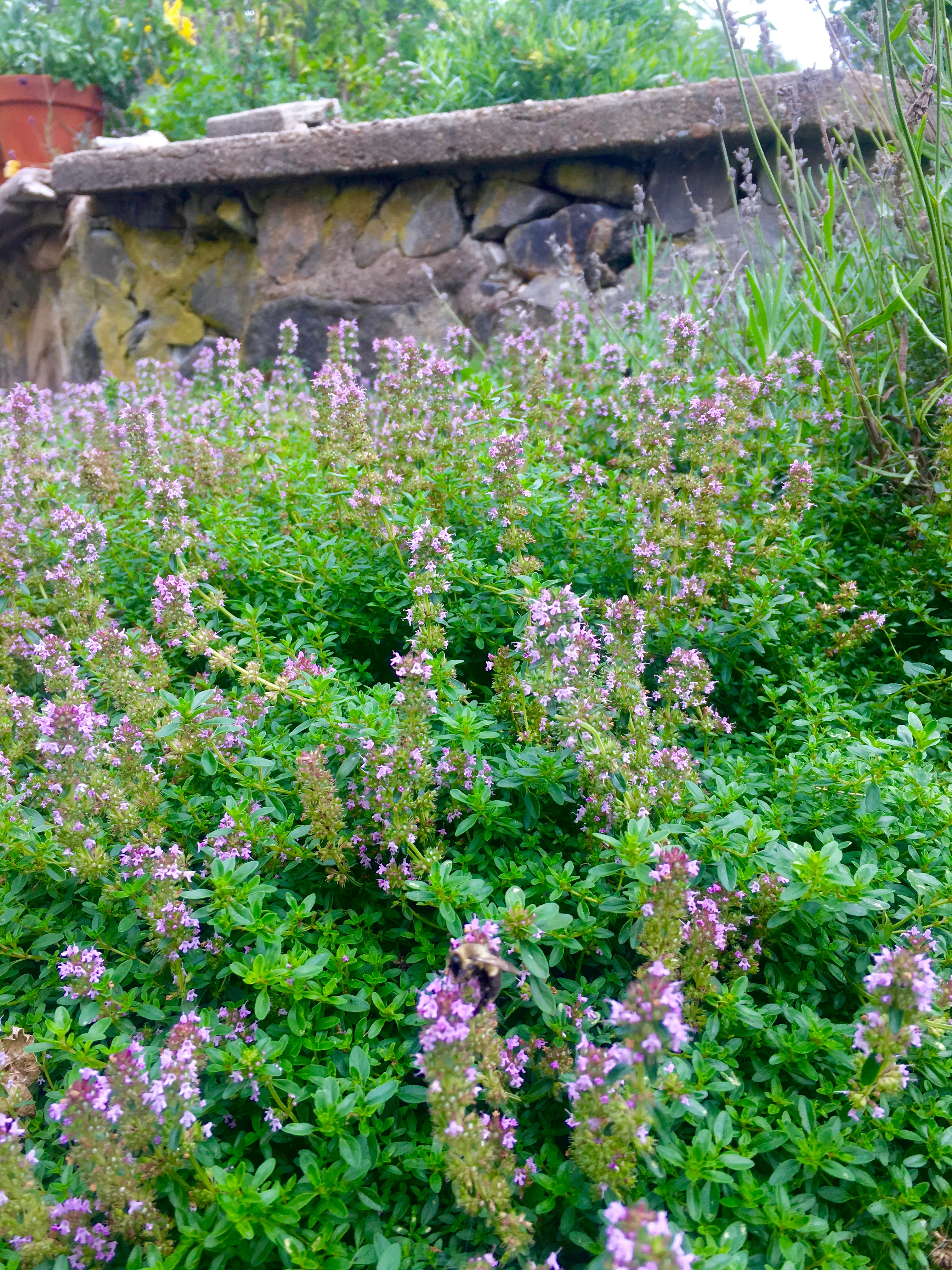 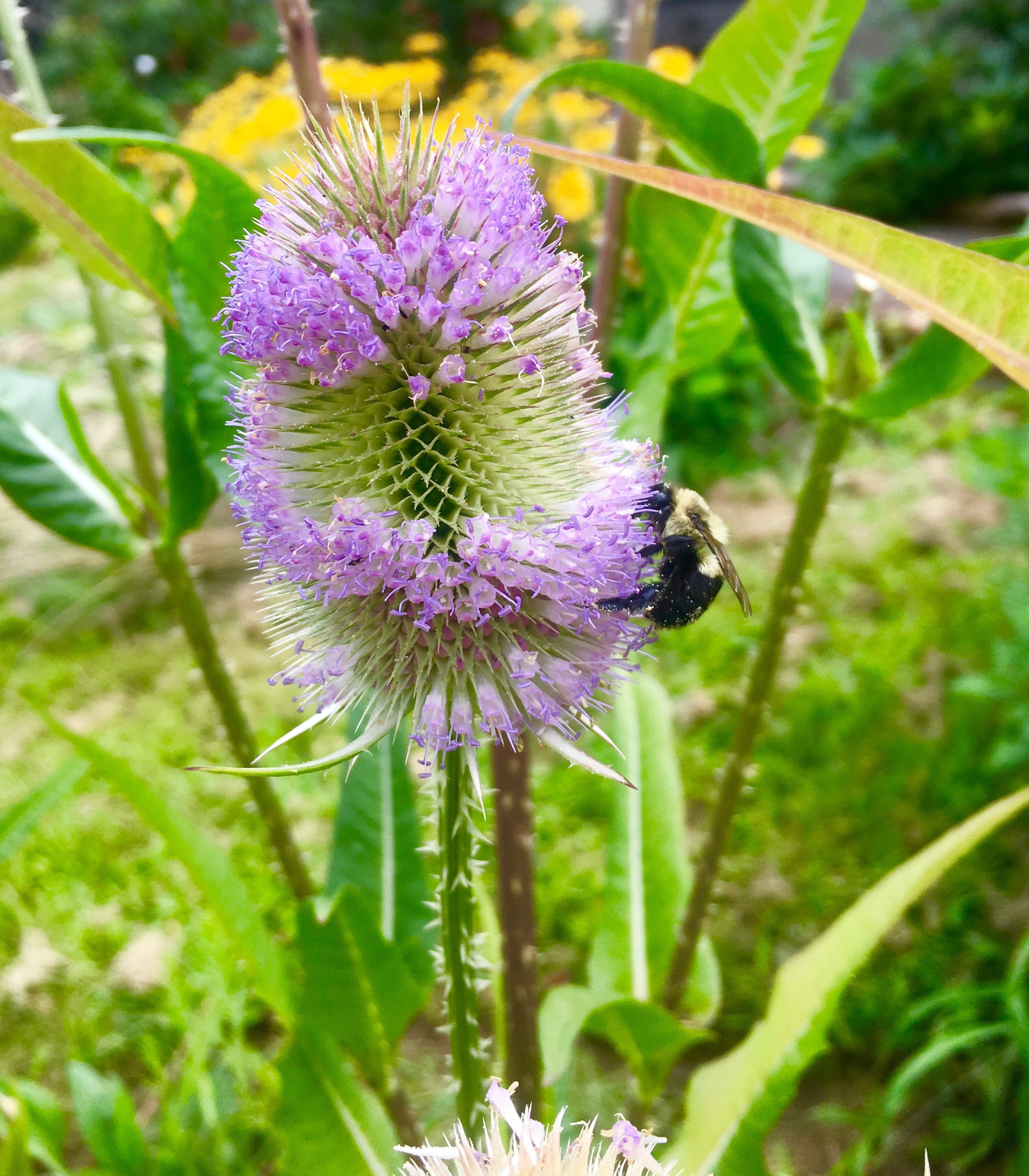 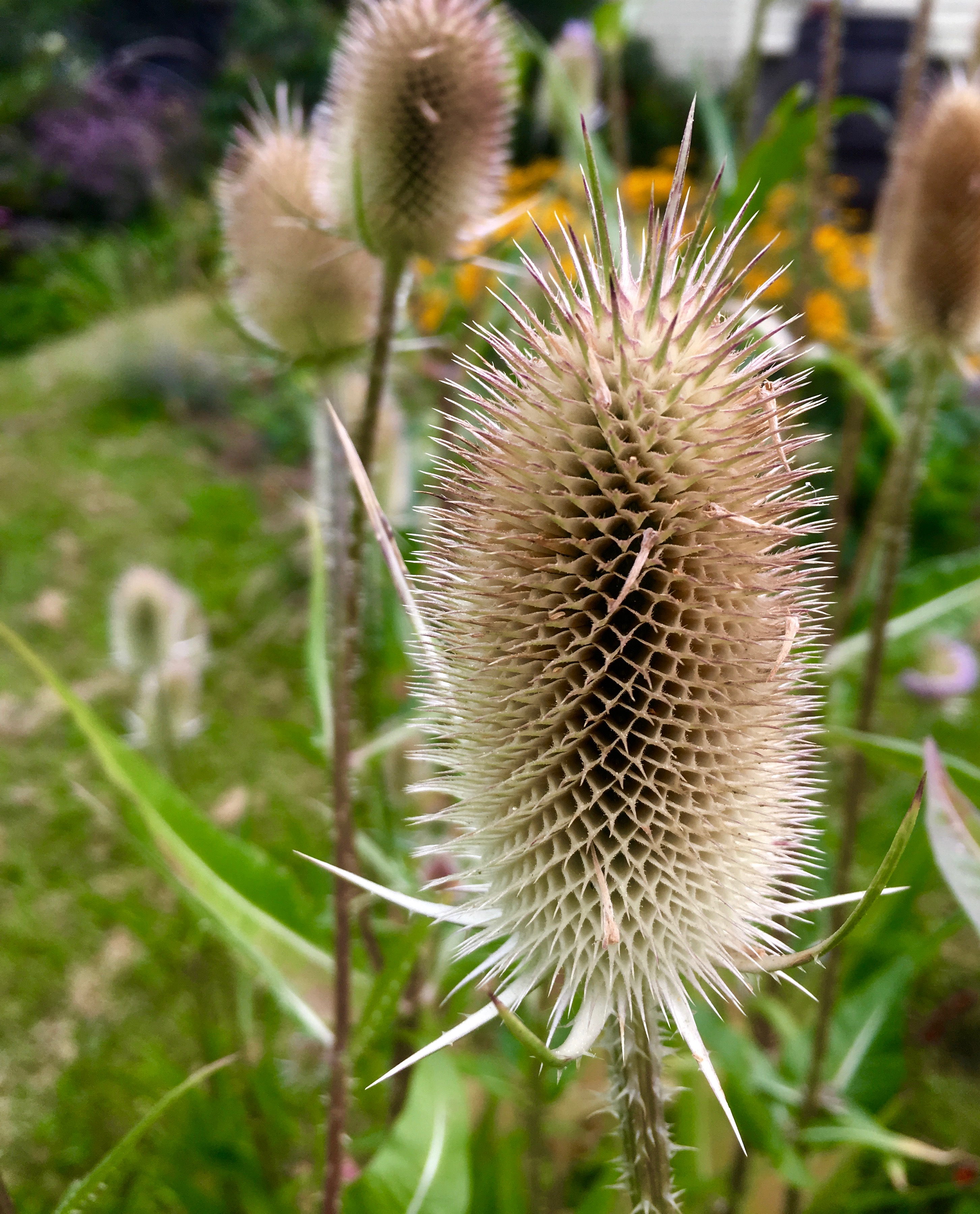 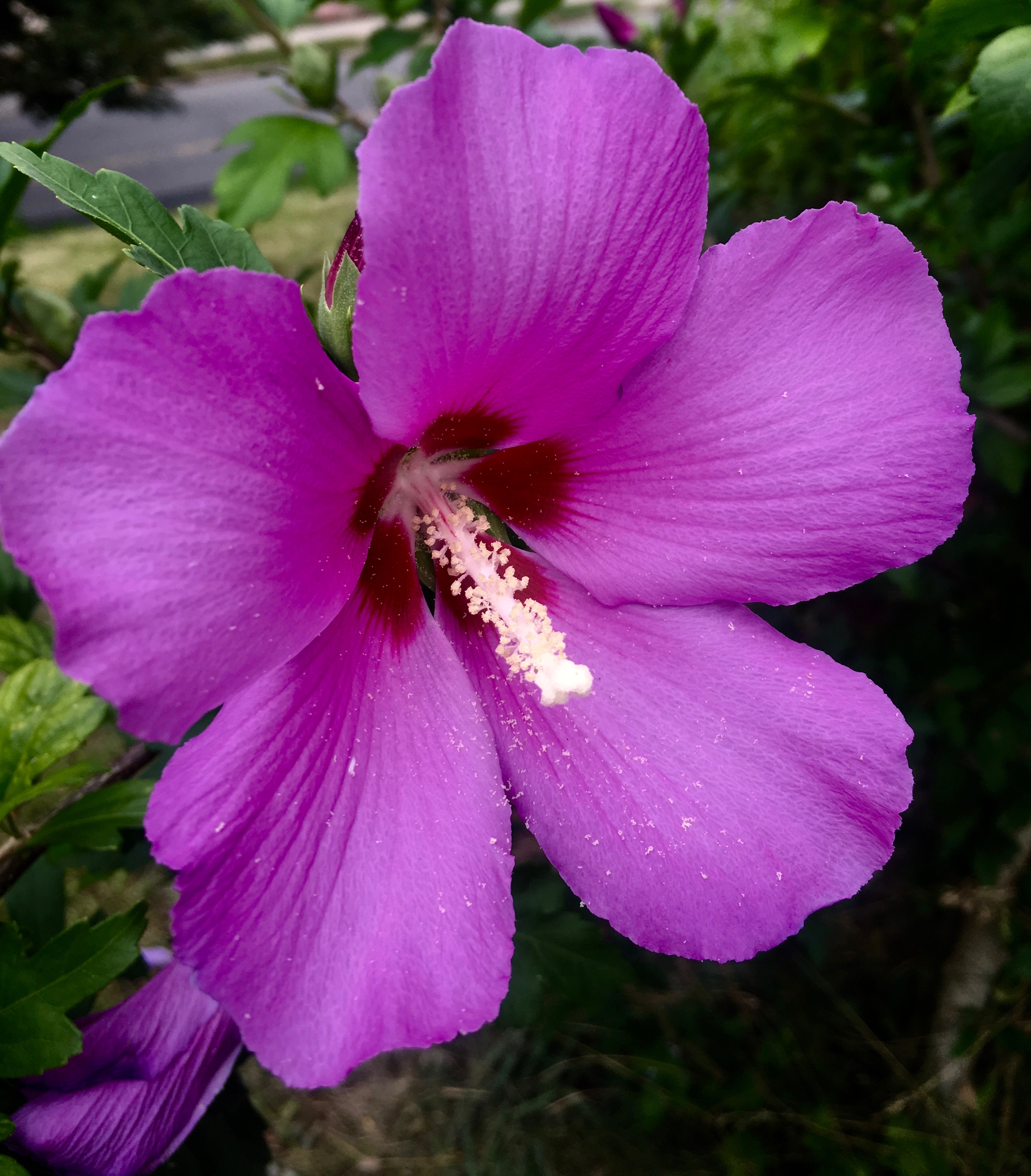 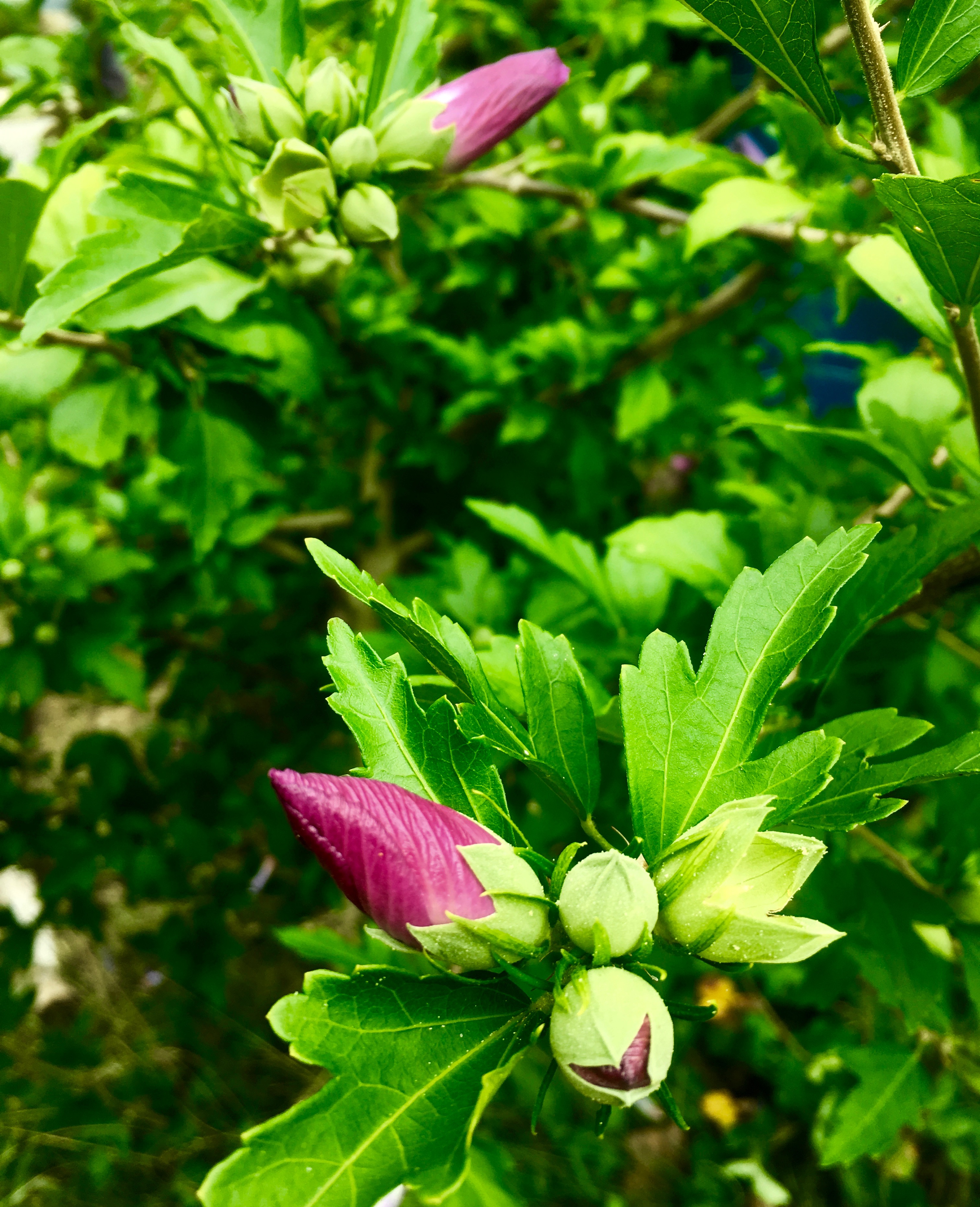 Have you had the experience of vanishing into your writing? Do you ever struggle to come back from that place? How do you balance your two worlds as a writer?

Writing in a Time of Climate Anxiety

The Biggest Pitfall for Aspiring Authors

This site uses Akismet to reduce spam. Learn how your comment data is processed.

@dwarfparatri You use them both?! Isn't that akin to crossing the streams, or meeting yourself when time traveling, or eating a KitKat the wrong way? Won't there be dire consequences?

Today, I stumbled across a short story I wrote 2 summers ago & (apparently) forgot about. Oops. Going to try giving this abandoned creature a name, clean it up a bit, & try to find a good home for it. Wish me luck. #AmWriting #writing #ShortStories #WritersLife

About 2 days ago from Katherine Karch's Twitter · reply · retweet · favorite

Nothing like a “friendly” game of Monopoly, National Parks edition to help with my post-Thanksgiving day digestion. @ Salem, Massachusetts instagram.com/p/ClY_R2kLX8Z/…

About 2 days ago from Katherine Karch's Twitter · reply · retweet · favorite

RT @StephenKing Locus, the science fiction magazine and necessary tool for SF writers and readers, is having a fundraiser. They need $$$ badly. Here are the details, if you are interested in helping out. igg.me/at/locusmag

@catvalente Intrusive thoughts, ugh. They're so awful. All I can say is that I love your stories.

@SWillingWrites It’s been an eye-opening conference. Confirmed what I already knew, but seeing the data really drove home the need to make changes, both for me and my kids.

Digital addiction is a crisis hitting our children (and ourselves) extremely hard. It needs to be acknowledged, talked about, & faced w/ empathy & compassion & support. #Neuroscience #SocialScience #DigitalAddiction #MentalHealth

Here's one thing that can make a big difference, but again, it's hard b/c our brains will experience withdrawal. #Neuroscience #SocialScience #DigitalAddiction #MentalHealth pic.twitter.com/CWZy1QczXS

Strip identifiers off images of a brain addicted to heroine & a brain addicted to gaming/social media & you will not be able to tell the two apart. They are, at the neurological level, identical. Addiction is addiction. #Neuroscience #SocialScience #DigitalAddiction #MentalHealth